Nodoubtpushandshove Wiki
Register
Don't have an account?
Sign In
Advertisement
in: Push and Shove, Photos, Album Artwork,
and 3 more 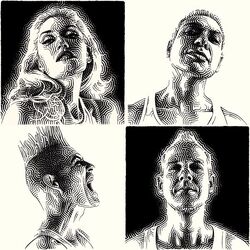 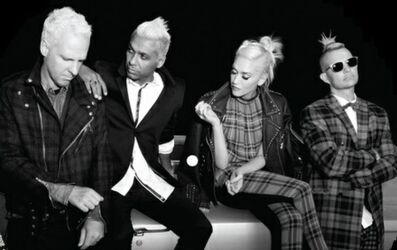 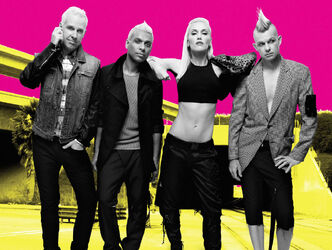 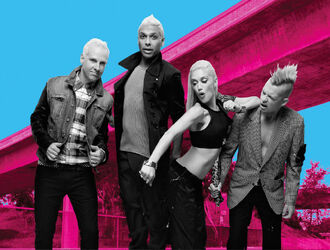 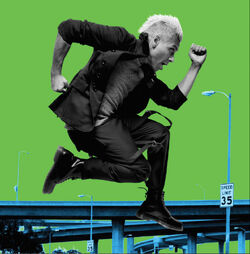 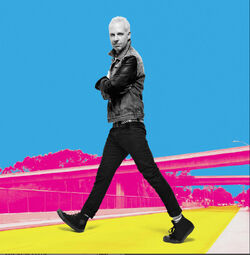 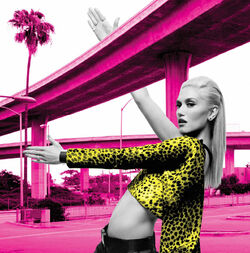 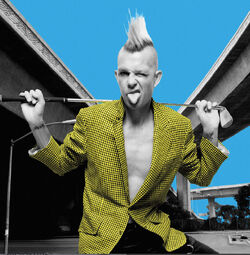 On August 9, 2012 the band reviled on their official website the album artwork for the upcoming new album Push and Shove along with webisode 5, which gave us a look behind the scenes of their photo shoot and meeting with muralist and painter of the album artwork El Mac.

Photography was done by Yu Tsai.

No Doubt participated in the first photo shoot for the album artwork on March 21, 2012. Mural artist El Mac will be creating artwork for Push and Shove using photos he shot in Culver City, California. We saw the band in familiar white tank tops and platinum blonde hair. No Doubt shared photos from the shoot via their Twitter. Read more... Tom also confirmed that the portraits done by El Mac will be featured in the album's booklet. 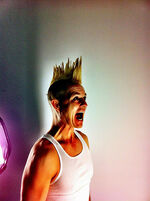 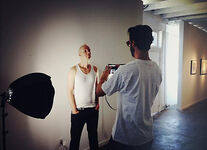 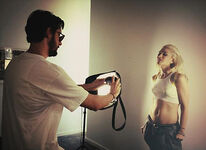 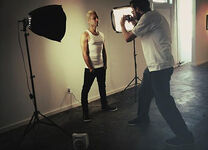 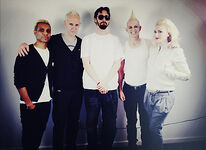 The band held a second photo shoot at Smashbox Studios in Los Angeles on June 23, 2012. They were shot against a white background and outside. Director Sophie Muller was also on set filming the photo shoot. 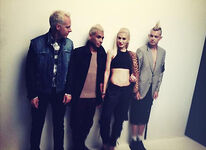 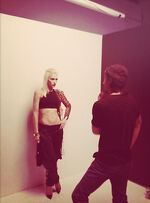 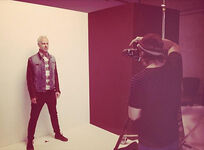 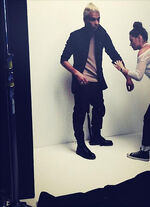 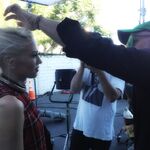 El Mac blogged about the process painting the individual portraits for the band and shared initimate photos from his studio. The artist said that it took him 6 weeks to complete them and each one is, literally, a work of art.

(Mac-Arte) It’s been a long time coming, but here’s the artwork I finished recently for the new No Doubt album cover….

I’m proud to say that the lead singer, Gwen (& her husband Gavin) are fans of my work and have been collecting my paintings for the last couple years…and Gwen contacted me last year about painting the next No Doubt album cover. This would be the first album they’ve put out in over ten years, huge opportunity. I remember having a crush on Gwen back when I first heard of No Doubt back in the mid-90′s…so she could’ve asked for just about anything and I would’ve said yes. When I first met with her I kind of felt like some humble servant being summoned to the royal palace…but honestly, Gwen and the rest of the band are really, really cool. Down to earth humans. They’re the real deal. After a few meetings with Gwen and then the whole band, we worked out a look for the cover, did a photoshoot for reference images (styling by Danilo), and I got to work. I pretty much locked myself in my studio for about six weeks working on these four separate acrylic wood panel portraits. It’s a challenge to get these lines to work both up close as abstract shapes that work harmoniously, and from a distance so that they form an accurate realistic image. Hard work but I love it.

This was a super exciting project, looking forward to seeing the album come out at the end of September.. 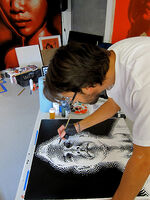 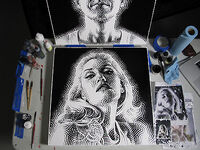 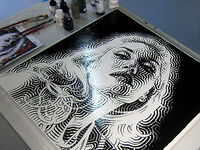 No Doubt also documented the process of El Mac meeting with the band in the studio prior to their photo shoot.

"Today's gonna be fun because we're meeting with the artist who's going to be doing artwork for the album," says singer Gwen Stefani. "His name is El Mac; he is a street artist. He's actually from Arizona, but he has murals that he's done here in L.A. and all around the world," she continued. "Today he's coming to meet with the band, hear some songs, get a vibe. I'm really excited about it!"

"His technique, his ability is just mind-blowing," continues Gwen, "so the idea of him working with us on this album..it'll be classic." 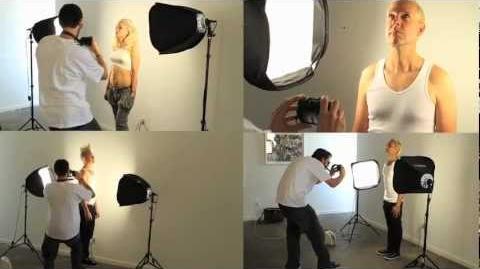