No Doubt perform on ABC's Good Morning America during their Summer Concert Series on July 27, 2012. This outdoor concert was held in Central Park right in the middle of New York City. The band performed a four song set including their latest single, "Settle Down".

The band started sharing photos of them getting prepared for the show early in the morning. With only a few hours of sleep, they didn't appear tired but really anxious to see all the fans and to perform live. 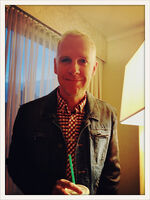 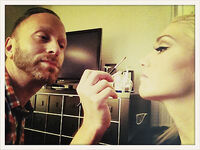 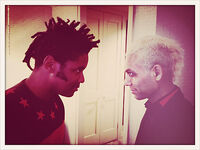 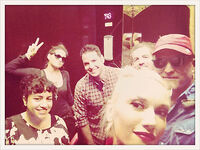 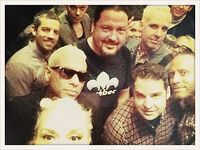 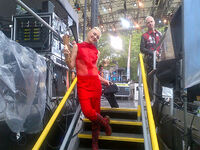 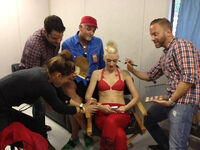 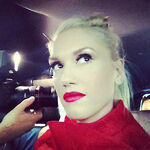 Fans were treated a full run-through of the morning's live set which included: "Settle Down", "It's My Life", "Underneath It All" and "Spiderwebs." The soundcheck went without a hitch. 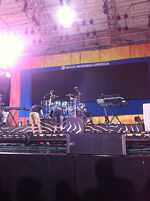 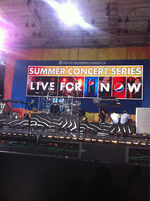 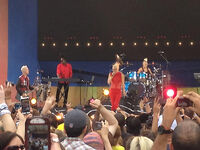 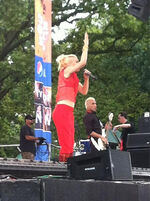 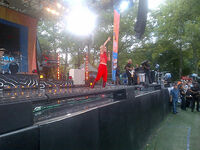 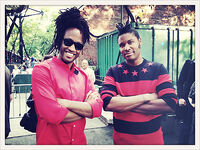 The whole band was interviewed for the televised broadcast before their live set. No Doubt discussed the struggles of making the new album, "Settle Down", Kennedy Center Honors and how this trip to New York for the band had been the best yet.

(MTV) No Doubt sat down on "Good Morning America" on Friday (July 27) and had one message for their fans: They are, after all these years, still having a good time performing and making music with one another. They went on to prove it with a spirited, high-energy performance.

"We just have so much fun doing this," Tom Dumont shared, sitting alongside his longtime bandmates. "It's like the most incredible life."

The four-song set included their brand-new tune, "Settle Down," as well as older favorites: the Rock Steady love song "Underneath It All," their cover of Talk Talk's 1980s jam "It's My Life" and the classic Tragic Kingdom anthem "Spiderwebs."

Looking red-hot, leading lady Gwen Stefani explained that their newest single felt like it fit in the band's "DNA," adding that this album will reflect their growth not only as musicians but also as adults.

"It's not all fun on the record. That's for sure," she said. "There's always something to complain about. But there's a little bit of being overwhelmed on the record, I think, because it was really hard trying to find the time with those two little bunny rabbits I made. It's crazy.

"I would do that all day and then try and show up and write songs in this little window of time," she added. "And it took a long time and it was a real big effort, but totally worth it. The music is just, it's heavenly. I love it."

The appearance comes less than a week after the band performed at the Teen Choice Awards. Their new album, Push and Shove, drops in September. "It's kind of like in any relationship," drummer Adrian Young shared about the album's title. "There's always a back and forth. We're like a family here. There's a lot of push and shove going on. When we get onstage that's where there's no push and shove." 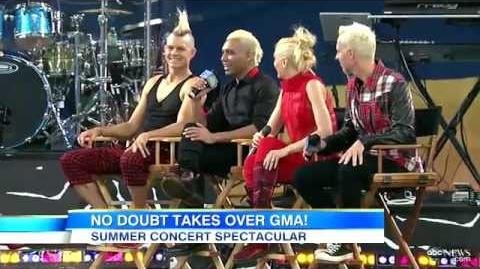 Click here for photos from the performance No Doubt performed a four song set for television that included: 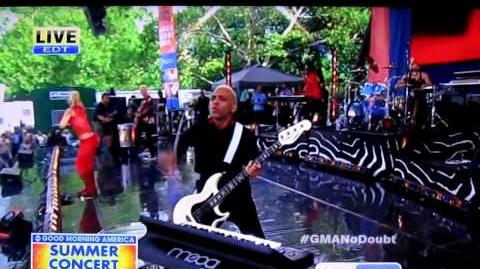 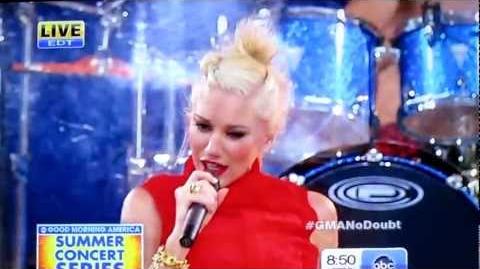 "Spiderwebs" (Partial due to televised cut-off) 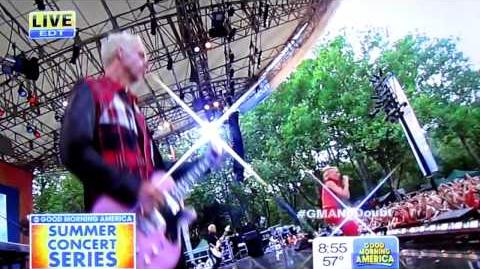