Nodoubtpushandshove Wiki
Register
Don't have an account?
Sign In
Advertisement
in: Push and Shove, Webisode, Santa Monica,
and 7 more 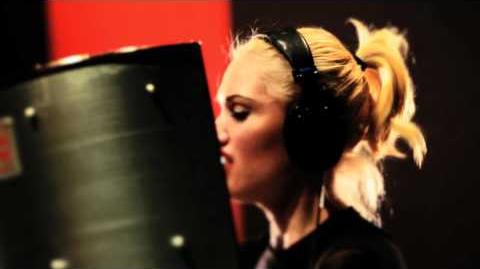 No Doubt revealed their debut in studio webisode on May 8, 2012 to very eager fans. They teased us with footage of them recording "Push and Shove", which gave us our first taste of new No Doubt material in over nine years (not counting their 2009 cover of "Stand and Deliver".) The song was co-written and produced by Major Lazer and features Jamaican rapper Busy Signal. Mark 'Spike' Stent produced and mixed the track.

The footage was filmed at a studio in Santa Monica, California and was edited and shot by Todd Stefani.